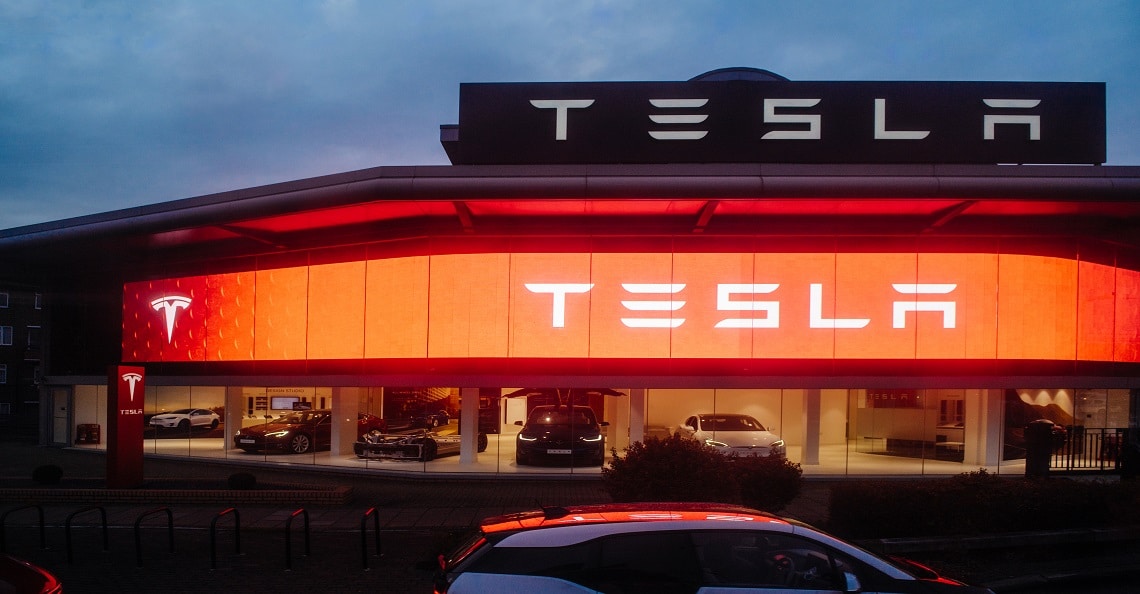 Tesla is continuing to decline as investors come to terms it may have been previously grossly overvalued. Greed, debt, and free money remain the dominant factors driving capital into the markets, but Tesla’s decline could temper this trend.

The phenomenon of soaring retail participation continues to fuel market sentiment and liquidity. Lately, in what some argue is the top of this market cycle, increased participation is coming from leverage and free money.

FINRA released its latest data for margin debt, which includes January. According to Advisor Perspectives,

“The latest debt level is up 2.6% month-over-month and is at a record high.”

We wrote about record margin debt in a recent Weekly Intelligence newsletter, Retail Investors Dive in With No Lifejacket, explaining that,

“When everything goes up (seemingly endlessly) everyone becomes an expert and delusions of “diamond hands” take over. Margin growth is now outpacing the peaks before the 2000 and 2008 market crashes.”

While the trend to speculate on margin remains intact, it cannot last forever.

Advisor Perspectives articulates the potential warning sign that a peak in margin debt may represent:

“As we pointed out above, margin debt data is several weeks old when it is published. Thus, even though it may, in theory, be a leading indicator, a major shift in margin debt isn’t immediately evident. Nevertheless, we see that the troughs in the monthly net credit balance preceded peaks in the monthly S&P 500 closes by six months in 2000 and four months in 2007.”

If it becomes obvious that margin debt has peaked and begins to contract, a significant market correction may be upon us.

“There are too few peak/trough episodes in this overlay series to take the latest credit balance data as a leading indicator of a major selloff in U.S. equities.”

Earlier today, Deutsche Bank AG strategists came out with a prediction that U.S. stimulus checks could see upwards of $170 billion of new retail inflows come into the stock market.

The Biden Administration’s $1.9 trillion pandemic aid package will include $1,400 checks for many Americans. This is where how Deutsche Bank gets to $170 billion. And according to Fortune.com,

“A survey of retail investors showed respondents planned to put 37% of their stimulus cash directly into equities, a team including Parag Thatte wrote in a note Wednesday. With potentially $465 billion of direct stimulus being planned, that adds up to $170 billion, they said.”

In another sign that this is a realistic forecast, less wealthy Americans continue to participate in the current rally en masse.

According to a Yahoo Finance-Harris poll from Sept. 9, 2020, they found that “…33% of people holding stock indicated they’ve been trading more since the pandemic began, and a similar number said they’re trading individual stocks more, as opposed to ETFs and mutual funds.”

“Interestingly, respondents with household income less than $50,000 said they traded more frequently since the pandemic and had more stock exposure, even more than the $100,000 or more group. The middle tier of earners, with income between $50,000 and $100,000, were more conservative.”

We may be in a situation where those who can least afford to lose money will if the market has a severe correction.

History tells us that any significant decline in the markets will lead to margin calls and declining leverage. While $170 billion is a lot of money, it won’t bolster the markets from falling. Tesla trades some $10 to $40 billion worth of shares every day. Tesla, and its performance, represent the rally and allure of the markets over the past year. If it continues to decline, the NASDAQ will struggle, and investors will take less risk. While only one company, I believe Tesla is tied to much of the market’s enthusiasm. If Tesla declines further, it will remind investors nothing goes up forever and temper euphoric sentiment. A drop in margin growth, liquidity, and investor participation could follow.