Total TSX Venture volume, otherwise known as liquidity, is at its highest level in nearly seven years. The spring of 2012 was the last time the exchange consistently traded more than 100 million shares per day. However, from a seasonal standpoint, 2010 was the last time the exchange traded this kind of volume in December. After topping 100 million for 13 trading days in November, today marks the 7th day in December the exchange exceeded this number of shares traded – a typically seasonally slow period for the index. The Venture traded 123 million shares today. I highlighted the recent resurgence in volume in Liquidity Returns to TSX Venture.

TSX Venture Volume Returns to Levels Not Seen Since 2010

Take a look at the volume and value of the exchange back in the winter of 2010, just to remember how robust things were. 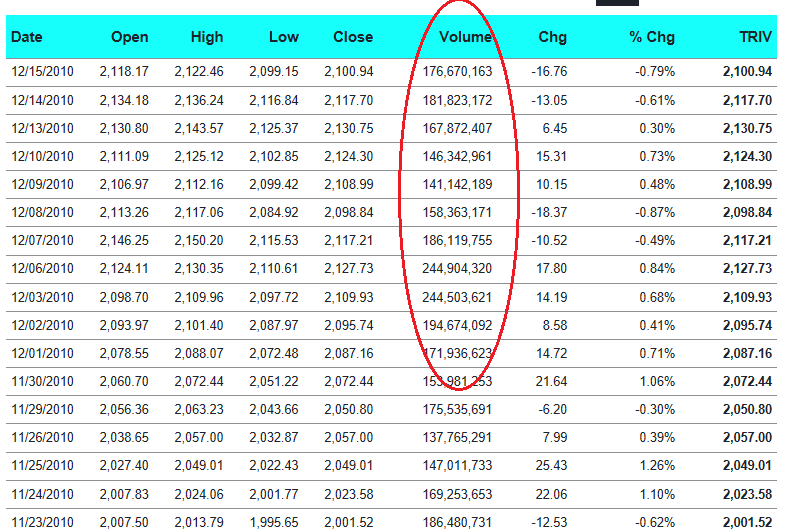 Take a look at 2012. Even though the valuation of the exchange was higher at well over 1,000, the index failed to trade a single day above 100 million total shares.

2013, 2014 and 2015 were very weak, averaging between 50 and 60 million shares traded daily for the end of November and early December. Volume has nearly doubled since then. Take a look at the weak volume from 2015 and note the valuation of the total index – below 500 on some days! 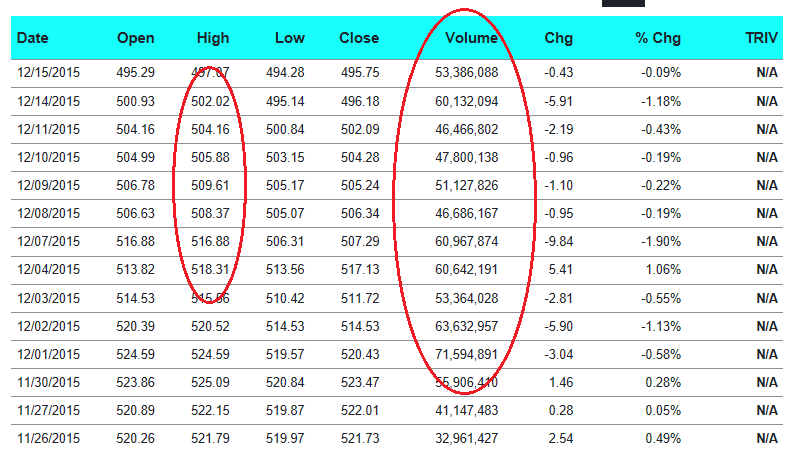 While the TSX Venture always has a sector-specific bull market raging, 2017 has been different. Most sectors got some love at some point during the year, but the mining sector (+60% of issuers) has completely faded in the past three or four months. Two sectors have carried liquidity on the Venture, essentially recapitalizing the entire exchange: blockchain and marijuana-related stocks.

Numerous cannabis or marijuana-related stocks littered the top 20 most actively traded on the TSX Venture Friday. One company, Revive Therapeutics (RVV: TSXV), covered all the bases when it announced on December 4th an “Update on Development of Datametrex Artificial Intelligence Component in Blockchain Enabled Patient-Focused Program for Medical Cannabis Sector”. This is a trifecta of A.I., Blockchain and of course, cannabis. The company’s stock had traded well over 3 million shares Friday.

The most liquid stock on the entire TSX Venture Friday was Datametrex AI (DM: TSXV). The company collects retail sales data and provides government agencies and Fortune 500 companies with artificial intelligence technology. Additionally, Datametrex implements blockchain solutions for secure data transfers. The company traded over 9 million shares on the TSX Venture Friday. Datametrex announced this morning it had entered into a binding letter of intent to acquire all of the outstanding shares of Ronin Blockchain Corp., a global industrial scale Blockchain platform with specific focus in mining cryptocurrencies.

Big trends and innovative products are created by small companies. This has been true forever. Look at most major companies today and chances are they started small, from Apple to IBM. Venture stocks are susceptible to huge price increases and massive liquidity surges; for the reason that, they are small enough to adapt and launch products within emerging sectors quickly. As blockchain took off, nimble Venture-listed companies were able to organize capital and deploy resources to enter the market first. The Venture exchange is full of innovators, leading small companies hoping to capitalize on the next revolutionary trend, specifically in the tech space.

Cryptocurrencies is a perfect example. While many cryptos, including Bitcoin, rely on the underlying blockchain technology, their market caps are monstrous compared to the entire TSX Venture and little issuers on the exchange.

On Friday, according to Cryptocoinsnews.com, the cryptocurrency market cap increased by $19 billion, climbing to a new height of $530 billion. Half a trillion is more than Warren Buffett’s Berkshire Hathaway and even Facebook.

On Thursday, end of day, the adjusted market cap of the entire TSX Venture exchange was US$21.691 billion. So to have a few blockchain related companies trading at a few hundred million or even a billion dollars is potatoes.

For those new to blockchain, according to Investopedia, the platform was,

“Originally developed as the accounting method for the virtual currency Bitcoin, blockchains – which use what’s known as distributed ledger technology (DLT) – are appearing in a variety of commercial applications today. Currently, the technology is primarily used to verify transactions, within digital currencies though it is possible to digitize, code and insert practically any document into the blockchain.”

Blockchain, cannabis, A.I. – these are the sectors fueling liquidity on the TSX Venture. The exchange has attempted many times to recapitalize itself since its peak (post Great Recession of 2008) in the spring of 2012. While the 5-year bear market that ended in January of 2016 is well behind us, the overall value of the exchange remains decimated from 2012 levels. Perhaps the most consistent surge in sustained liquidity in 7 years is a sign the health and balance of the exchange is set to return in 2018.