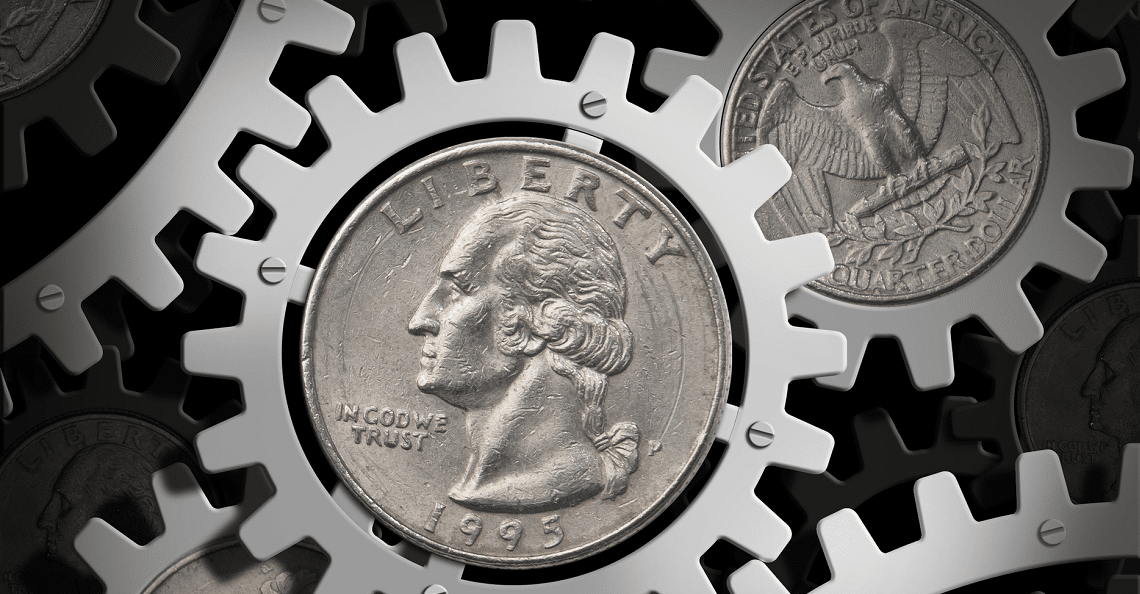 With the Nasdaq and S&P 500 hitting fresh record highs this past week, we are now

officially in the longest bull market in American history; and, with news outlets calling Tuesday Trump’s Watergate moment, investors have a right to be concerned for the economy and stock market…

Take a deep breath. It’s not that bad from a stock market perspective.

Before explaining why, let’s look into the key Trump-related events this past week and their potential ramifications. Also, why the mainstream media, and even Trump himself, may be overstating their importance.

‘Hell Hour’ for the President

Just when you thought drama surrounding President Trump couldn’t get any worse, this past week proved it can; and it will likely escalate further as we head into November’s midterm elections in the US…

To kick the trading week off, on Monday, Trump sharply criticized the Federal Reserve, specifically his appointed Fed Chairman Jerome Powell. CNBC reported, “Trump told Reuters that he was “not thrilled” with Fed Chair Jerome Powell for raising rates. Asked whether the Fed should be more accommodating, he said, “I should be given some help by the Fed.” The president said he would criticize the Fed if it continues to raise rates.”

The timing of Trump’s comments was not lost on us, as they came just four days before Powell’s annual Fed Chairman speech in Jackson Hole on Friday.

Why was Trump so publicly critical of the Fed – something only *one other sitting president has ever done?

*Ronald Reagan was quite critical of Paul Volker in 1982, then chairman of the Federal Reserve.

Likely because he is concerned about the housing market, one of the only markets that impacts the masses more than the stock market; and it is the second greatest economic influence at the voting booths (next to the job market). Bloomberg reported in late-July and again this past week that the US housing market may be heading for its worst slowdown in years, citing that ‘Affordability is becoming a major headache for homebuyers,’ according to National Association of Realtors chief economist Lawrence Yu.

Also, Bloomberg reported this past week that both new-home sales and existing home sales have fallen to nine-month and two-year lows, respectively.

Of course, housing affordability is directly tied to interest rates set by the Federal Reserve. Which is why, at least in part, Trump was publicly critical of Chairman Powell. Perhaps not because he thinks he can influence the Fed (which is a big no-no for presidents to try and do), but because in typical Trump fashion, he wants someone to blame if things go south. Or perhaps he was indeed trying to influence the Fed. It is Trump after all.

At the end of the day, Trump’s presidency, thanks to his tweets and many interviews, lives and dies on the strength of the American economy and stock market.

“These types of comments could be perceived to threaten the autonomy of the Federal Reserve,” said Lindsey Piegza, chief economist at Stifel.

Although the potential of impeachment for Trump has been covered by the media and echoed by some Democrats for over a year now, few really believed it possible, until this past week…

Michael Cohen, Trump’s former personal attorney of more than ten years, pled guilty in New York court to two felony campaign finance violations. He insinuated in court that Trump directed him to influence the election by paying off a woman who alleges to have had an affair with the President.

On the same day, and seemingly within minutes of Cohen’s guilty plea, Paul Manafort, Trump’s former campaign chairman, was convicted on 8 of 18 counts brought about by the Russia collusion probe.

Although it’s largely viewed that Manafort’s convictions are unrelated to Trump’s campaign (mainly related to tax and bank fraud), Cohen’s legal issues most certainly are not. While Cohen’s credibility appears shaky at best (he previously stated the President did not know about the payments to women and in court essentially stated the opposite), his guilty plea is likely to ensnare people very close to the President into legal jeopardy, including Donald Trump Jr.

However, many supporters of Trump are unmoved by the courtroom drama this past week, believing everything is politically motivated and embellished. Some supporters of the President, including legal professionals, are questioning the legal legitimacy of how documents were retrieved from Trump’s former attorney, which led to the indictment and now guilty plea of Michael Cohen.

If charges were ever brought against Trump, would the evidence from Cohen even be admissible in court? Was the Russia FISA warrant to monitor members of Trump’s campaign garnered legitimately? Was it illegal to pay the ‘hush money’ in the first place? This will be a dog fight no doubt. But for investors, none of it really matters. We’ll explain why shortly.

All this drama makes the midterms for Trump essentially do or die for his political legacy. While Republicans will likely maintain control of the Senate, the House is in question. If the Democrats win the House, look for a similar scenario as we saw with President Bill Clinton. He was impeached (by the House), but acquitted in the Senate, allowing him to continue to govern. Although many talking heads are warning that Trump’s latest legal threats could spell the end for this already long in the tooth bull market, we disagree, whether he is impeached, resigns or stays in power.

In the scenario of impeachment by the House, which would be contingent upon Democrats winning back the House in November, we’ll likely see a Bill Clinton type scenario play out for the markets. There was a sell off of near 15% leading up to his impeachment, followed by a sharp recovery, gaining back all the losses and then some within months. Reason being: Back then, the economic fundamentals were strong, much like they are today in the US economy.

Although the market hates uncertainty, at least in the short term, unemployment is below 4%, corporate profits are at record levels, corporate cash hoards are being brought back state-side (an estimated $1.5 trillion), tax cuts are starting to have their desired effect on consumer spending, and much more.

On Wednesday, Target’s CEO Brian Cornell stated, “There’s no doubt that, like others, we’re currently benefiting from a very strong consumer environment – perhaps the strongest I’ve seen in my career,” according to CNBC. Virtually all the leading retailers in America reported similarly stronger results than previous quarters.

These are what are known as ‘economic fundamentals’: Healthy consumer spending, record profits, and a 3.9% unemployment rate. While these figures can most certainly swing the other way, it won’t happen overnight. Many of Trump’s policies will have a lasting effect, no matter who is in the Oval Office…

Trump is scrappy, no doubt. But if Donald Trump Jr. is charged with a crime, and faces prison (as many media outlets are reporting he could), Trump will be put in a spot that may cause him to bend. With your child facing prison because of your own political ambitions, there’s no telling how a parent will react. Trump is a wild card, but if it gets to that point, even he may choose to pull a Nixon and resign in an effort to spare his son (via some sort of deal).

For the first time in his presidency, Trump seemed a little shaken following Cohen’s guilty plea and the relentless news coverage that followed. He gave an interview to FOX the following day and as if to send a warning shot to voters, or Special Counsel Robert Mueller or the Department of Justice, Trump proclaimed “If I ever got impeached I think the market would crash. I think everybody would be very poor…”

Although credit must always be given where it is due, and many of Trump’s policies most certainly have helped boost the economy and stock market, he’s no longer that important… and the man behind him, Vice President Mike Pence, who in the case of a resignation would take over, is a staunch supporter of Trump’s regulation cutting, low tax, pro-business policies.

Click to watch Donald Trump’s interview rebutting claims Michael Cohen puts him in legal jeopardy. This was the same interview President Trump stated, “If I ever got impeached I think the market would crash. I think everybody would be very poor…”

The Real Drama is Happening Behind the Scenes

So, when you shake it all out, there may be some market jitter induced selling leading up to a possible impeachment or resignation, but it won’t have a lasting impact on the market. Clinton’s impeachment never had a lasting negative impact, and Nixon’s resignation occurred during one of the worst bear markets in the history of America. And we’re not even saying Trump will resign or be impeached. There are likely many things at play behind the scenes none of us can imagine.

However, what could negatively impact the markets, both quickly and over the longer-term, is if trade uncertainty remains a constant in the day to day global economic narrative.

Global Trade | Largest Threat to US Economy and Stock Market

The major threat to ending the longest bull market in history still remains global trade, as we wrote about last week and in mid-July. That will decide the fate for this current bull market (see here and here for those reports). And in light of Trump’s potential legal drama, expect him to try and get as many policy wins as he possibly can leading up to the midterm elections in November.

David Frum, a former speech writer for President George W. Bush, author and political commentator aptly told the CBC that the odds of impeaching Trump are tough to call. He explained that when Bill Clinton was impeached by the House and acquitted in the Senate, he had a 60% approval rating – which essentially made him impossible to throw out of office. When Nixon left office, he had a 20% approval rating, which meant he either resigned or would be impeached. He chose the former. Trump’s approval rating currently sits around 40%, depending on which pollster you reference. Frum explained that to impeach a president, they must have a low approval rating. Trump sits on the fringe. To protect himself, Trump needs a win, and likely one relating to the economy as he has wagered his legacy on that chief issue.

This past week’s drama will spur Trump to get non-controversial deals done that make him look strong, and can boost GDP. And it will start with trade. Look for Trump to make a deal with the Mexicans and/or Chinese on trade so he can tout it as a foreign policy win. He needs a win. While the economy and stock market continue to outperform, a trade deal would be good news for the markets.