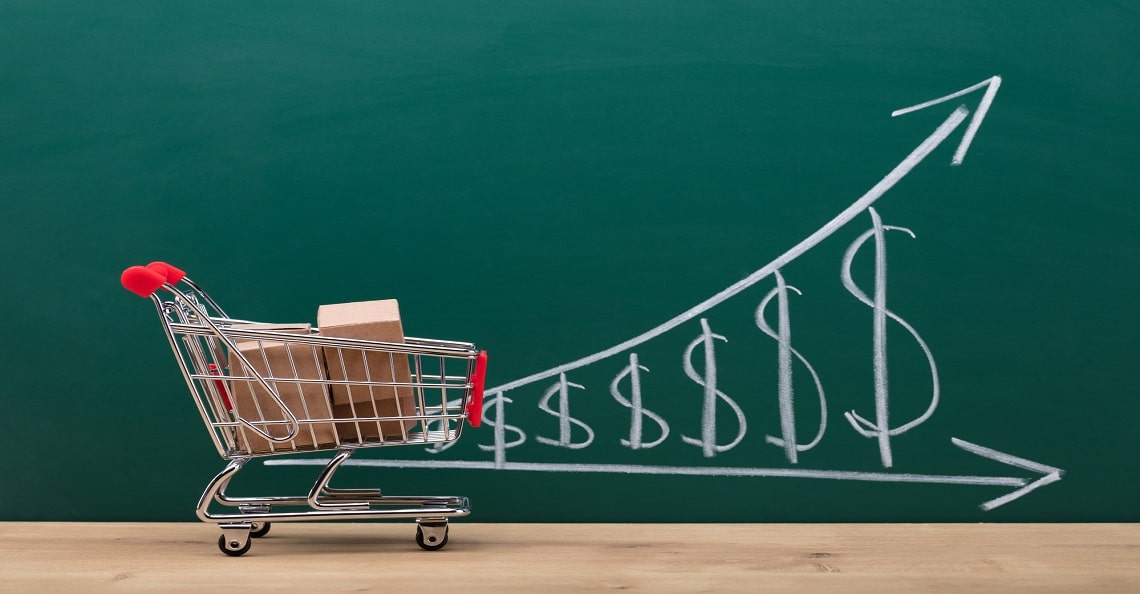 Tomorrow the Bureau of Labor Statistics will release the CPI or consumer price index for March. Buckle up. It is going to be a doozy. While top forecasters predict it will top February’s 7.9% inflation print (a 40-year high) – I think it may touch double digits, but will be above 9%. Here is why.

Russia began its invasion of Ukraine on February 24th, sending oil north of $100 in short order; however, the real impact of higher oil prices (it hit a multi-year record of $139 per barrel in early March) was not felt until later in the month.

According to Trading Economics, as it relates to February’s CPI data,

Inflation was regularly jumping by half a percentage point without oil running to +$100 per barrel. So I think inflation would have come in around 8.5% without near-record oil prices.

Is Runaway Inflation Next?

Everyone knows gas prices hit all-time highs in March and April – trading above $7 per gallon in states like California.

Even a few days ago, Kaytlyn Leslie from sanluisobispo.com wrote this about the elevated gas prices in California,

“The most expensive gas in the county was the Shell Station in Cambria, which was charging $6.59 per gallon as of Friday, according to GasBuddy.

The cheapest gas was at the San Paseo Truck Stop station on Wellsona Road in Paso Robles, where a gallon of regular gas cost $5.29 as of Friday.”

With about 40 million people living in California, the state represents more than 10% of the U.S. population, so prices will significantly impact March’s CPI data.

Note: The dramatic increase between February and March gas prices will show up in tomorrow’s CPI number.

Here is what Investopedia and Fed Chair Powell had to say about the impact of rising crude oil prices. Below is an excerpt from Nick Lioudis’ What Is the Relationship Between Oil Prices and Inflation?

“Energy accounted for about 7.3% of the U.S. Consumer Price Index (CPI), a common measure of inflation, as of December 2021…”

When it comes to the CPI, Lioudis explains,

“…consumer prices factor in transportation costs, including fuel prices, and the cost of oil accounts for roughly half of the retail price of gasoline.

Federal Reserve Chair Jerome Powell said in his semiannual testimony before the U.S. Senate Banking Committee in March 2022 that, as a rule of thumb, every $10 per barrel increase in the price of crude oil raises inflation by 0.2% and sets back economic growth 0.1%.”

Keep in mind, that crude oil is also a key ingredient in petrochemicals used to make plastic and fertilizer (necessary for food). So as food prices soar, know that the cost of oil is driving them up.

Anyone doubting oil’s impact on inflation has only to look at the 1970s. Then, the oil embargo, which sparked record-high inflation in the U.S., directly resulted from surging oil and gas prices.

In Investopedia’s How the Great Inflation of the 1970s Happened, Leslie Kramer exposes our failure to understand history, which has us repeating it today,

“The great inflation was blamed on oil prices, currency speculators, greedy businessmen, and avaricious union leaders. However, it is clear that monetary policies, which financed massive budget deficits and were supported by political leaders, were the cause.”

While the media and consumers focus on the war in Ukraine and soaring prices at the pump, the larger story is failed monetary policies. This time around, the Fed can’t take interest to 20% to kill inflation. The debt loads are too high and the economy too fragile. So real interest rates will remain profoundly negative for the foreseeable future. When investors realize this, they will be forced to change their behavior.

I expect gold and gold stocks to respond favorably to tomorrow’s inflation number. However, while market enthusiasts are awaiting a high number, the general public may be startled to read the headline over the next few days and weeks as they get serious about asset protection in a world of runaway inflation.